putting beautiful panoramic photography into good use for our clients

Take a look at this stylish luxury 4 bedroom home with glorious views overlooking the crystal blue water in beautiful Benowa Waters on the Gold Coast in Queensland. www.rslartunion.com.au

Set high on an elevated plateau, this stunning architecturally designed property enjoys magnificent panoramic coastal views from a tranquil bushland setting, while maintaining privacy, security and serenity. And best of all, the property is only 10 minutes drive to iconic Burleigh beach. www.rslartunion.com.au

Our very first project with RSL Prize Homes, and what a project it was.  1st prize was a complete apartment complex with 4 homes. An extra large one for the winner to occupy and 3 others to rent out for income. We shot a great number of panoramas for this project, but only 6 appear in the final tour. The client was still in the mindset imposed by most virtual tour companies… where you pay per panorama. Of course these days they use most of the panoramas we shoot… usually 10 – 20 per property. www.rslartunion.com.au 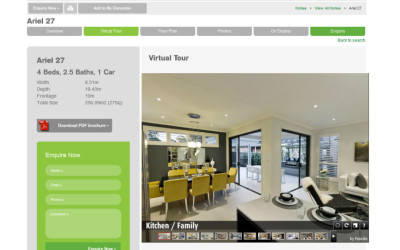 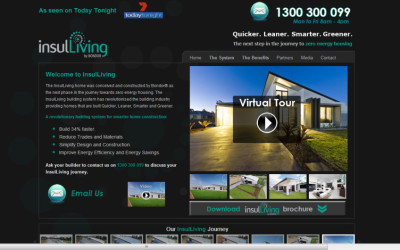 The Sydney Convention and Exhibition Centre, is located in Sydney’s Darling Harbour near the Central Business District. The building is adjacent to Cockle Bay, Tumbalong Park and the Harbourside shopping centre.

Since 1989 Gold Coasters have been flocking to Mario’s Italian Restaurant, right near the beach in Broadbeach, to enjoy the great range of modern and traditional Italian dishes available, including seafood, steak, pasta and pizza options. Visitors, families, conference groups and sporting teams all make their way to Broadbeach Mall to dine alfresco, or indoors enjoying the wonderful Italian themed frescoes and relaxed atmosphere. Mario’s famous large serves and extensive menu provide the perfect option for all appetites, including delicious desserts and an extensive wine list. Mario’s Italian Restaurant is the perfect venue for functions, events, conference and group dinners or family celebrations. With its large capacity, both large and small functions can be catered for. The team at Mario’s, with years of experience, can tailor a package to suit your budget and requirements.

Perfectly located in the Gold Coast’s cosmopolitan and cultural hub, Sofitel sets the benchmark for world class five star hotels. The property is positioned in the centre of thriving Broadbeach, only 200 metres from patrolled beaches, beachside parks and an array of savvy shops, cafes and restaurants. The hotel features direct access by monorail to Jupiter’s Casino and is just a short stroll to the Gold Coast Convention and Exhibition Centre – the largest regional convention centre in Australia. Broadbeach is minutes south of Surfers Paradise and within driving distance to domestic and international airports for Gold Coast and Brisbane. The precinct boasts over one hundred bars and restaurants and is a lively, safe and vibrant hub of the Gold Coast.

Port Douglas is a town in Far North Queensland, Australia, approximately 70 km (40 mi) north of Cairns. Its permanent population was 4,772 at the time of the 2011 census.The town’s population can often double, however, with the influx of tourists during the peak tourism season May–September. The town is named in honour of former Premier of Queensland, John Douglas. Port Douglas developed quickly based on the mining industry. Other parts of the area were established with timber cutting occurring in the area surrounding the Daintree River and with settlement starting to occur on lots around the Mossman River by 1880.

Cairns is a regional city in the far north of Queensland, Australia, founded 1876. The city was named after William Wellington Cairns, then-current Governor of Queensland.

The Gold Coast is a coastal city in southeastern Queensland on the east coast of Australia. The city is 94 km south of the state capital Brisbane.

The Sunshine Coast is an urban area in South East Queensland, north of the state capital of Brisbane on the Pacific Ocean coastline.

Discover the excitement of Northern Tasmania while staying at Quest Launceston, a magnificently restored heritage building superbly located in the heart of the city and next door to the restaurant precinct, city mall and tourist information centre, and only minutes to the renowned Cataract Gorge, Boags Brewery & River Cruise Terminal.

We promise only send you beautiful, high resolution, panoramic photography posts for your enjoyment…